If you want to experience camping on another level, with a completely different vibe, get a bell tent, better still get one with a stovepipe exit for a wood burning stove. This is camping, but not as you know it.

The Life Under Canvas 5m Bell Tent follows a well-trodden design path with a sewn in ground sheet and central pole extending to around 10ft tall.

Despite looking more complex than a conventional tent to pitch we reckon it’s actually simpler. Peg out the groundsheet, connect the pole parts together and insert it into the middle of the tent, then peg out the guylines and that’s it.

The pegs that come with the Life Under Canvas Bell Tent are some of the meatiest we have seen, with a huge diameter and ridged edges, this gives you the feeling that despite being aerodynamically challenged the tent would still weather a storm, so far though we’ve only had beautiful still summer’s days in which to test it! These pegs need an equally meaty mallet to bang them in with, luckily one is supplied but disappointingly this fell apart after a few bashes which would have been a disaster had we not had our own spare.

Pitching a Bell Tent can usually be achieved in around 25 minutes but this version of the 5m Bell Tent comes with a porch attachment, adding slightly to pitching time. The porch attaches via a zip and has its own series of poles, pegs and guylines to contend with, somewhat taking away from the feeling of simplicity in the main body of the tent.

Inside though, the porch offers welcome extra storage space for gear and segregation for potentially muddy walking boots, but the lack of headroom is in stark contrast to the inner of the main tent which is cathedral like inside. We feel the porch also detracts from the ‘inside/outside’ feel of the standard bell tent and on balance we would opt not to have it if we were choosing to buy a bell tent. 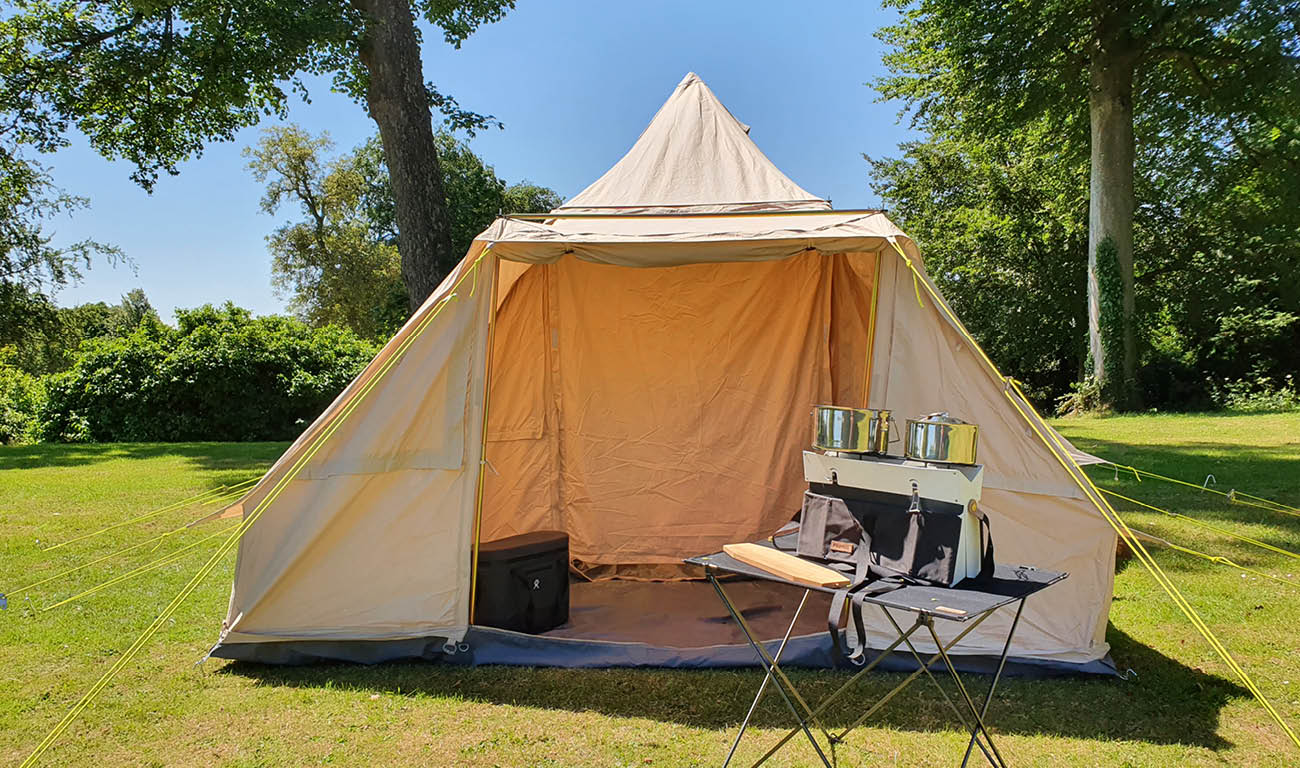 Inside the main tent, the feeling is so different to any other tent. You have a seriously high ceiling and thick canvas as well as one open space, rather than hung inner bedrooms. This makes camping with your family in the 5m Bell Tent feel much more adventurous. Ventilation is achieved in a number of ways, from barely perceptible to absolute genius. The vents at the peak are so tiny we’re not sure they do anything, but the zipped vents on the lower level of the tent (four in total) provide a nice cross flow of air as well as a view out. 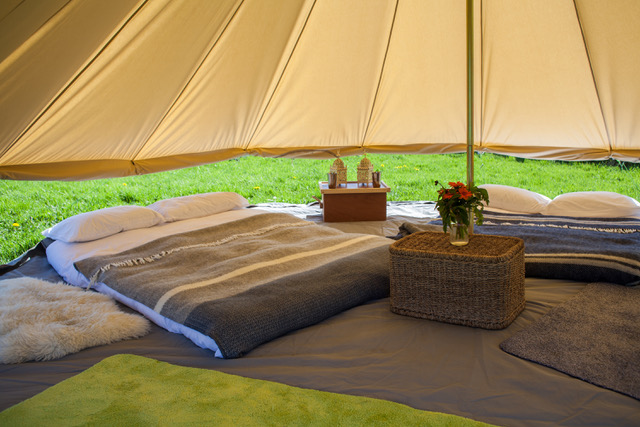 The party trick of the Life Under Canvas Bell Tent though is the ability to zip the groundsheet right out, leaving a levitating canvas section with a foot or so of completely clear air between it and the ground. This makes things a whole lot more palatable on a warm day. One thing worth mentioning is that the zips get stiff at the corners and in fact the zips are a weak point across the whole tent and the bags as well. This is something we hope Life Under Canvas improve on in the future as they let down what is otherwise a well-built tent.

Coming in slightly cheaper than the most compelling alternatives, especially for this size of tent, the Life Under Canvas 5m Bell Tent offers good value. We would have scored it 10/10 but it loses a point for the rubbish zips.

In summary, get a Life Under Canvas Bell Tent if you’re an adventurous camper, but we would ditch the porch and add a stovepipe exit.

READ NEXT: The Best Glamping Sites in the UK