We pick half a dozen exciting new products and technologies coming to the adventure travel world this year. 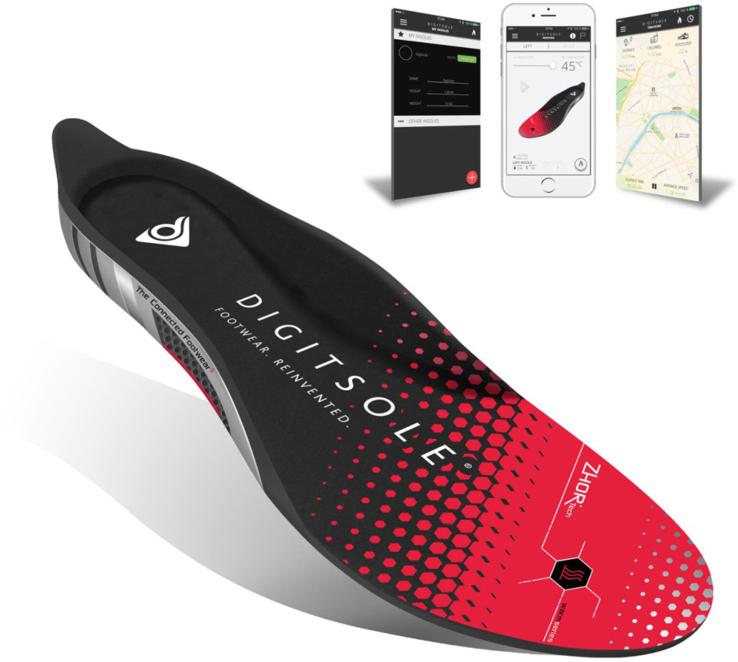 French company Digitsole is bringing wearable tech to the soles of your feet. Available now are two models of inner soles that you can swap between all your favourite boots and shoes. The first is the Warm Series which brings thermostatically regulated, wireless heating to the inside of your shoes controlled by a smartphone app. Adjustable between 30 and 45 degrees C via the Bluetooth connected app, both feet can be heated independently. Connected to your phone a built-in step and route tracking function will measure how far you've walked, and how many calories you've burned and display your route, whether you're walking, running or riding.

Digisole's Run Profiler insole takes the performance angle - and literally 'runs with it', using real-time audio coaching combined on live 3D stride analysis and posture analysis to improve your walking or running gait, helping you stay injury and fatigue free for longer. The Run Profiler insole costs £85, and the Warm Series insole £170. What's next? A futuristic Smart Shoe which does all of the above with automatic (and voice commandable) tightening, cordless charging, shock absorption measurement and even an LED headlight on each shoe! 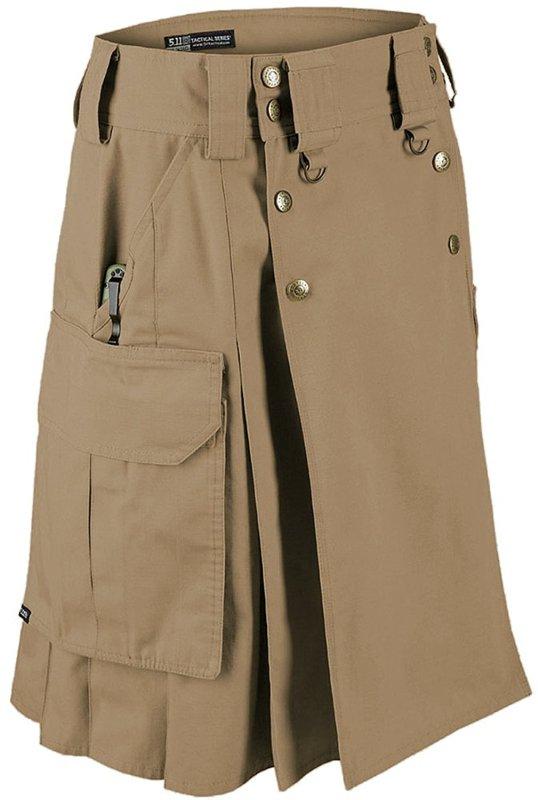 It feels wrong calling a traditional Scottish garment worn for hundreds of years an 'innovation' but we simply had to include this new product from US outdoor brand 5.11 - not least because although originally 'launched' as an April Fool joke, demand was so high the company added it to their range. Made of Teflon finished, stain and water-repellent ripstop fabric with removable cargo pockets on each side, front slant pockets, tough belt loops and D-rings (for your sporran, of course), the Tactical Duty Kilt comes in six colours and a wide range of sizes and costs £67 plus £5 p+p. Perhaps it should go without saying but this modern take on a traditional piece of clothing gives unrivalled freedom of movement and breathability... As it says on the blurb: 'A standard kilt says you're a man. A 5.11 Tactical Duty Kilt says you're a bad man.' Just don't try handstands. 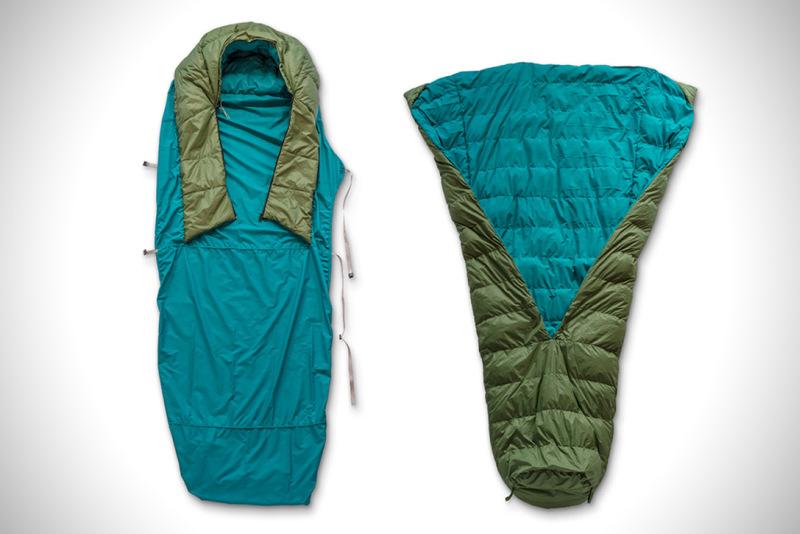 If you're the type of camper who tosses and turns in your sleep, then the chances are you're fed up waking in the middle of the night lying on the cold hard ground instead of your sleeping mattress. Launching on Kickstarter this spring, the Zenbivy aims to solve this with its fitted sheet-style basesheet with integral down hood and separate zipped in 'comforter'. With your sleeping mattress inserted in the base sheet, and the comforter attached to it at the top only, you can now twist and turn without the whole bag moving with you in a restrictive 'mummy' style. We're not sure about the claims of warmth equal to that of a mummy-style down bag but we'd certainly like to try out the Zenbivy's comfort claims.

Make any bike electric in 60 seconds 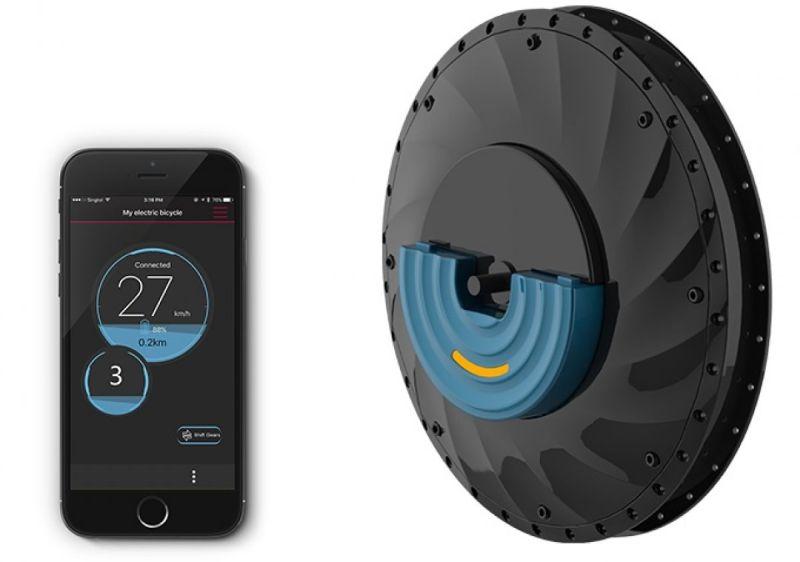 This is a product we've been waiting years for: an electric wheel that you simply swap into your existing bike. You see, the problem with most electric bikes is not the electrical assistance but the bikes themselves. Often heavy, expensive and designed for non-cyclists, without the electrical assistance these machines are sometimes no more than Bike Shaped Objects. Weighing about 7kgs and costing from £240 (during Kickstarter campaign), the UrbanX E-Bke Wheel is simply a new front wheel for your bike that fits into its existing dropouts in six different sizes (24in, 26in, 27.5in, 29in, 650c and 700c). The EU road-legal 240W version is made to match your existing braking system - be they rim brakes or disc brakes, has a top speed of 15mph and a range of about 30 miles. As the battery clips in or out with the wheel in place, you can increase your range by carrying spares. Range can also be affected by adjusting the three levels of pedal assist on the pedelec via a mobile app. A more expensive 350W version is also available for off-road riding with a top speed of 20mph, powered by a 36v, 3500mAh and 126Wh lithium ion battery that meets the International Aviation Transportation Association requirements so that your bike can fly with you for further-flung e-bike adventures.

Power up your backpack 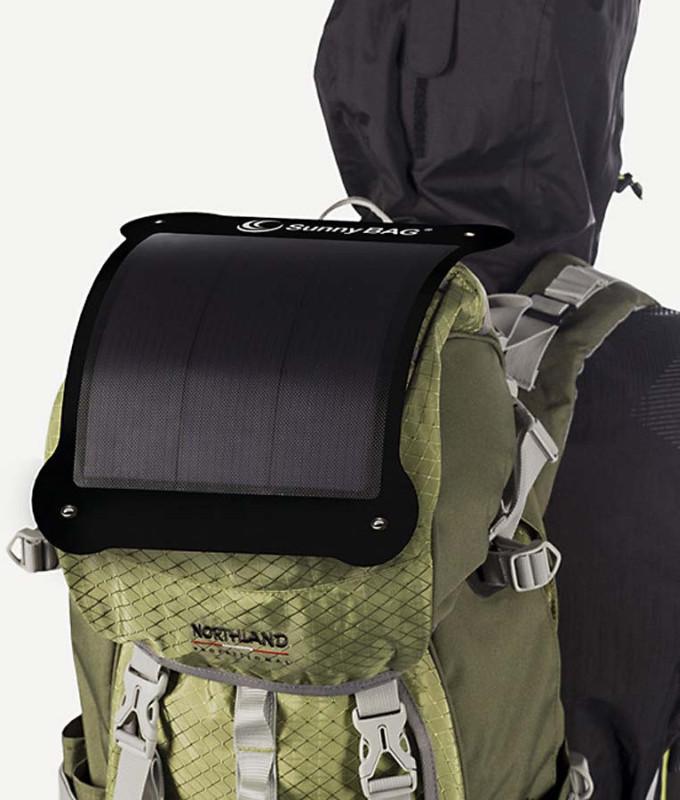 Solar panel chargers are everywhere but for the most part they are heavy, fragile weak and bulky. By contrast the Sunny Bag Solar Panel LEAF+ weighs under 200g, is flexible, scratch and impact resistant and weatherproof. Included is a 6,000 mAh power bank which can charge up a smartphone three times, and is topped up by the panel even in low light. When charging directly the 6W panel will charge a GoPro in 1 hour of direct sunlight and an iPad in 6 to 7 hours. An included fastening pack with carabiners, loops and suction cups, plus an eyelet on each corner, means you can attach it to almost any bag, back pack or tent. The LEAF+ will set you back £110.

Space suit insulation for the outdoors 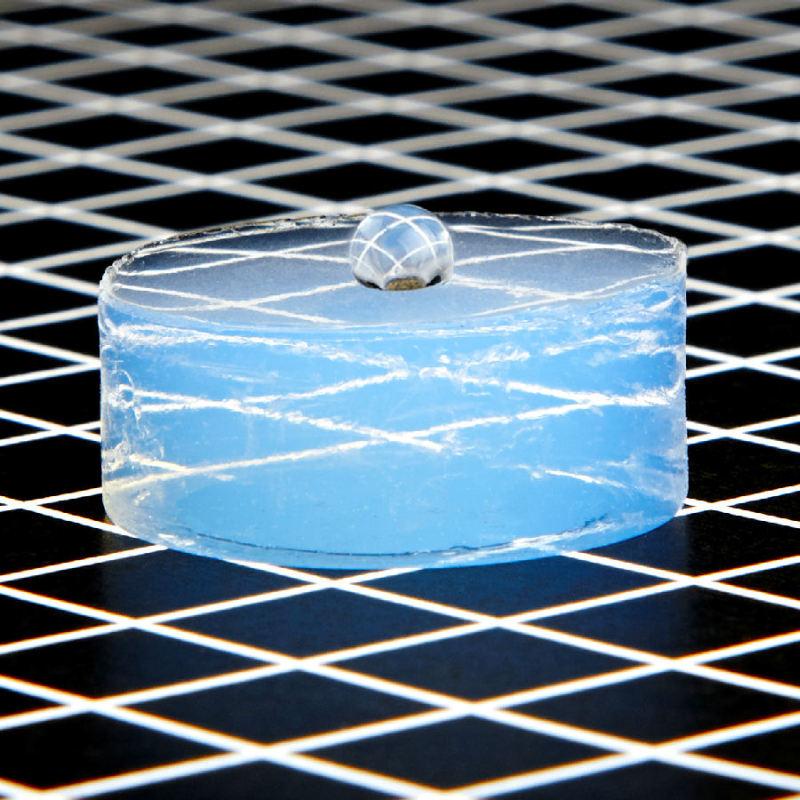 Synthetic fibre insulation gurus PrimaLoft have started using an insulation previously most used for keeping NASA's space suits warm. As the lightest solid yet discovered, Aerogel is extremely low-density, weighs virtually nothing (it's 98.2% air), and has a seriously low thermo conductivity - attributes which have earned the super-insulator the nickname 'frozen smoke'. The problems up to now in using it for earthly outdoor applications has been its fragility, its high sensitivity to water and its non-existent breathability. PrimaLoft have surmounted the first two problems by encapsulating the insulation - which they are calling PrimaLoft Gold Aerogel - in a waterproof membrane. The breathability issue is unavoidable, which is why the likes of Helly-Hansen are using the material for winter jacket 'Lifepocket' phone pockets, which will now be able to prolong your phone's battery life down to -28 degrees C! With a ski suit level of insulation from just a 3mm layer possible - even when compressed - you can expect to see plenty more 'frozen smoke' in your outdoor gear from this year - from boots to gloves and more.