6 of the best walking routes in Slovenia

From the coast to its pristine lakes and high, untouched mountains, Slovenia has 10,000km of walking trails and more than 700 themed hikes, making it a paradise for those who prefer their roads less travelled. Here are six hikes that reveal the best this largely untouched mountainous country has to offer.

A three-day hike that begins in Stara Fužina next to Lake Bohinj – Slovenia’s largest lake - and leads to the Velo Polje mountain pasture, the Planika Mountain Hut and finally to the summit of 2,864m Mt Triglav. The steep trail then continues to Dolič Pass, through the wonderful Valley of the Seven Triglav Lakes and the steep Komarča slopes, and brings us back to Lake Bohinj.

Created in 1953, this is the oldest, longest and by far the most popular long-distance trail in Slovenia. It begins in Maribor and enters the Slovenian Alps in the Kamnik and Savinja range, as it runs across its highest peaks. The trail continues along the long Karavanke range, which separates Slovenia from Austria. From there, it again descends into the valley and soon rises into the heart of the Julian Alps, to Mount Triglav. Breathtaking views follow one after another before the trail ends at Debeli Rtič on the Adriatic coast having connected 49 mountain huts, 23 peaks, and five towns. 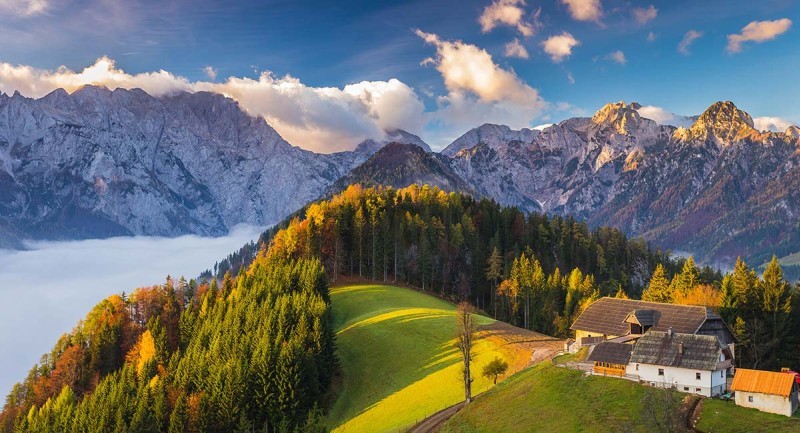 The Soča Trail is the oldest and longest trail in Triglav National Park and follows the Soča river to its source in Bovec. Linking old footpaths it explores calm, lesser known corners of the valley. The trail is marked and equipped with descriptions of attractions. Particularly beautiful are the old footbridges across the Soča, which the trail crosses several times.

One of the most beautiful Slovenian mountain pastures, Velika Planina is the largest shepherds’ settlement in Europe, and a hike here among the conifers and pastures is a gentle but rewarding experience. You’ll be invited to learn about the fascinating life on the mountain pasture and sample the dairy goodies they’ll prepare for you. You can even stay for a night in one of the huts, covered with traditional spruce shingles that reach almost down to the ground. 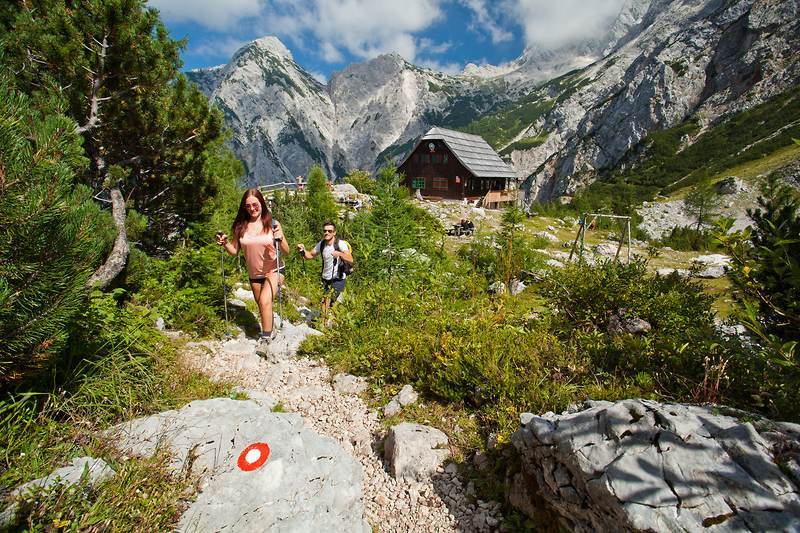 Pretty Lake Bled, with its magical castle perched on its own island has become an iconic image of this beautiful country. You will want to stroll round the lake and visit the island on the traditional pletna boats, but this gentle hike takes you from Bled through villages and forest to the impressive Vintgar Gorge, where wooden bridges, boardwalks and viewing galleries lead you down the narrow, but dramatic 1.6km gorge among waterfalls – including Slovenia’s largest - pools and cascades. You then return through more pretty villages and fields back to Bled. 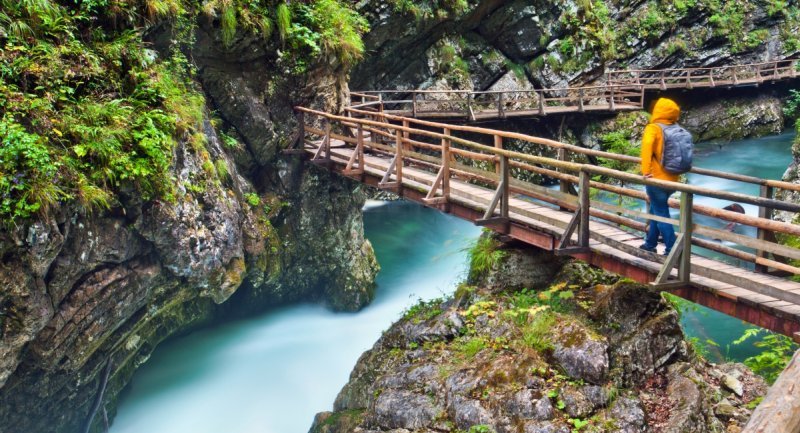 Not so much a single walk, but a singular location for a string of attractive hikes. Lake Bohinj is Slovenia’s largest natural lake and, surrounded by the Alps, is a gorgeous setting for exploring the natural beauty of the area. Stroll around the lake, saunter to Slap Savica waterfall (the third most-visited attraction in Slovenia), hike to the various mountain pastures such as Lipanca and Velo Polje, scramble up to the Komna Plateau and even tackle an ascent of Mount Triglav.

Best Things to do with Kids in Isère, France