This popular trail along one of the longest railway paths on the National Cycle Network crosses unspoilt North Devon countryside and follows the magical Taw- Torridge Estuary.

The Tarka Trail is an 180 mile cycle route which follows the path taken by the eponymous otter in Henry Williamson's classic 1927 novel, Tarka the Otter. Forming a figure of eight, with the town of Barstaple at its centre, the route takes you through some of the prettiest areas of the North Devon countryside, following rivers and skirting the edges of both Exmoor and Dartmoor.

The southern loop of the Tarka Trail also includes the single longest section of off-road cycle path anywhere in the UK, making it ideal for first time cycle tourists, and/or for families who want to divide it up and take it in sections. We've chosen to highlight our favourite section of the Tarka Trail as a cycle route here - a 30 mile stretch which runs from the railway station at Meeth Halt to the Museum at Braunton. Cycle hire is available from nearby Barnstaple or, if you're arriving from the south, from Okehampton.

If you want to tackle more than just the Tarka Trail cycling route set out below, then there are Tarka Trail maps available from Sustrans, and from all the local tourist information offices in the North Devon area. There are plenty of places to stay along the Tarka Trail route, which is equally good for walking and cycling, and there are tons of easy day trip diversions into Exmoor, Dartmoor, or the surrounding, picturesque villages. All of which makes the Tarka Trail the perfect place to take a staycation this summer.

Start at the old platform of Meeth Halt Station and head into the trees of the Devon Wildlife Trust’s Meeth Quarry. It’s a soothing ride past the enormous lakes and meadows of the old clay quarries and mines here, and you may even spot the reserve’s herd of Exmoor ponies.

These early miles are easily some of the quietest and most peaceful of the entire route, and the twisting route through the giant oak trees to Devon Wildlife Turst’s Ash Moor nature reserve is particularly tranquil. A steady climb leads between open meadows and crop fields to the organic café at Yarde Orchard, arguably the best eatery on the ride, and thoroughly recommended for an early break.

It’s all easy riding along the Tarka Trail, and there's nothing you'll find challenging as you descend gently to join the gushing River Torridge and reach the old Victorian station at Great Torrington. The river wriggles and winds, so you’ll find yourself crossing it several times. Look out for the beautiful Beam Aqueduct upstream, ride through the gently curved Landcross Tunnel, and cross the water on the long and impressive railway bridge, where limekiln remains are visible among the greenery on the far riverbank.

The Bideford Railway Heritage Centre is around the halfway point of the ride, and it’s worth venturing over the water for a mid-ride break at Bideford’s pretty quayside and town centre. The beautiful Pannier Market is particularly interesting.

On the second half of the ride, the estuary scenery becomes truly sensational. Pause and look back over your shoulder at the graceful arches of Bideford Long Bridge before reaching the delightful seafront village of Instow, with a golden sandy beach exposed at low tide and Appledore village visible across the water.

The short Instow Tunnel and a steep-sided, wooded railway cutting, where the trail runs along a disused railway line, lead to the moody wetlands of RSBP Isley Marsh. You’ll then cross the little inlet of Fremington Pill. Fremington Quay Heritage Centre is a popular place to rest, or it’s just a further three miles along the trail to Barnstaple, the capital of North Devon.

From Barnstaple, the Taw Bridge takes you across the wide River Taw, and the final miles are a gentle and attractive ride along the north bank of the estuary to Braunton. End at the little Braunton Museum and explore the village, or ride a couple of miles west to reach the long beach at Saunton Sands.

Terrain: A steady ascent from the start of the trail to East Yarde, then a steady descent to Great Torrington Station and flat for the remainder. Tarmac path, fine gravel track and stony trail.

Cafes/pubs: Near the start, try The Bull and Dragon in Meeth. Yarde Orchard organic café at East Yarde, The Puffing Billy at Great Torrington Station and The Blacksmiths Arms at Bideford Station are all directly on the route. At Instow village, Johns Bakery and Deli is excellent, and in Braunton The Riverside restaurant is very popular. 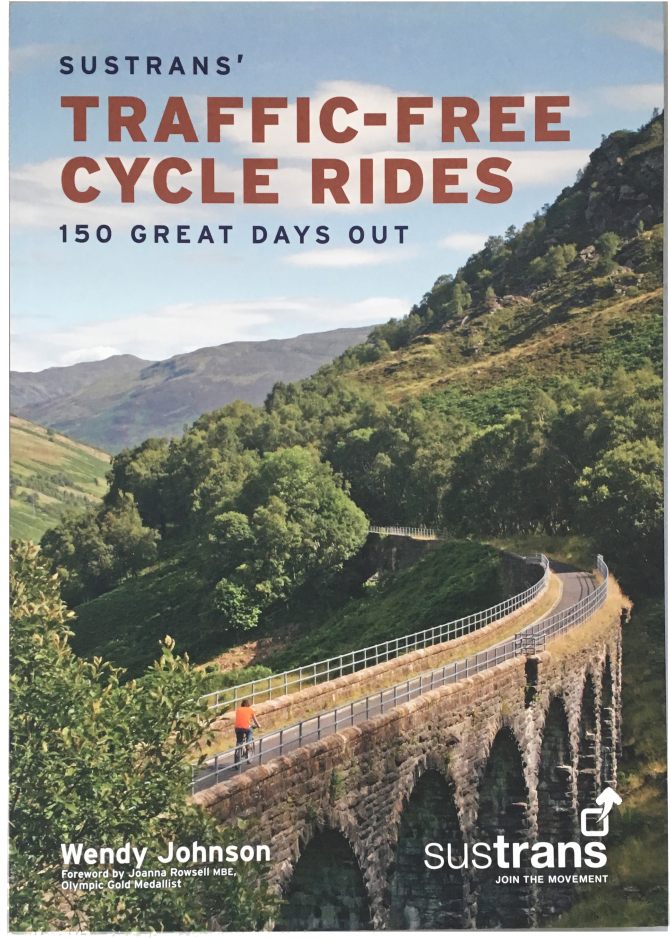 The routes come from Sustran’s Traffic-Free Cycle Rides – 150 Great Days Out (£12). The book brings together 150 of the UK’s finest traffic-free walking and cycling routes in celebration of twenty years of the National Cycle Network (NCN). GPX files for each route are also available to buy online at sustrans.org.uk