Jack Thurston plots a cycling route into the Green Desert - Wales's vast, rural emptiness - for a ride along the Elan valley's chain of sparkling lakes

This ride starts in Rhayader and follows the climb up to Penrhiw-wen and down to the bridge over the Elan river. The route turns left over the bridge and continues along the western bank of the Craig Goch reservoir. This is the highest of the four reservoirs that drowned the Elan valley in the 1890s as part of an ambitious scheme to supply fresh water to Birmingham.

The giant Claerwen reservoir, in the neighbouring valley, was added around 50 years later. During the construction phase it was used by the Royal Air Force for testing the bouncing bombs used in the Dam-busters raid on Nazi Germany. The Elan valley reservoirs and their dams, built in their distinctive 'Birmingham baroque' style, have their own eerie magnificence, but are nothing compared to the beautiful landscape that was lost.

Percy Bysshe Shelley stayed here with his uncle, who was the squire at Cwm Elan, a large house in the valley. The young Shelley penned rapturous verse inspired by his long rambles: "When mountain, meadow, wood and stream / With unalloying glory gleam / And to the spirit's ear and eye / Are unison and harmony." In 1812 he moved to a neighbouring valley and tried to make a home here with his young wife, Harriet Westbrook. Their love story did not have a happy ending. They separated and Harriet drowned herself in the Serpentine, aged just 21. A few years later Shelley himself drowned - by accident - off the coast of Italy, aged 29. It is a gothic irony that their own watery deaths were followed by the inundation of the valley where they lived and loved, lost to the rising waters along with 18 farms, three manor houses, a church, a mill and a school.

Despite the sadness of the flooded valleys, the series of dams is undeniably an astonishing feat of engineering and they are at their most spectacular when in spate, with foaming whitewater cascading down their steep faces. The dams were built by a workforce of up to a thousand navvies, who were initially housed in makeshift wooden villages and later at the purpose-built Elan Village. The water flows by pipe and aqueduct for 73 miles to the city of Birmingham; the journey is powered by gravity alone and takes a day and a half.

At the first dam, Craig Goch, there is a choice to be made. The surfaced road continues along the western shore of the next reservoir, Pen-y-garreg, but on the far side of the dam there's an off-road cycle path through some lovely broadleaf woodland. Likewise, the next reservoir, Garreg Ddu, has both a surfaced road and a traffic-free cycle track. Unless you have very thin tyres or it's really foul weather, the cycle track is preferable, not least because it's flatter and closer to the water's edge.At Caban Coch, the fourth and final dam, rather than follow National Cycle Route 81 straight down the valley, make a short but intensely scenic detour along the Dulas valley. It's a truly lost lane that might give a hint of how the Elan valley looked before it was flooded. The last stretch along the Wye valley culminates in a final crossing of the Elan river on the Glyn Bridge, a rickety suspension footbridge just before the river flows into the Wye. It's then a mile across the floodplain back to Rhayader. 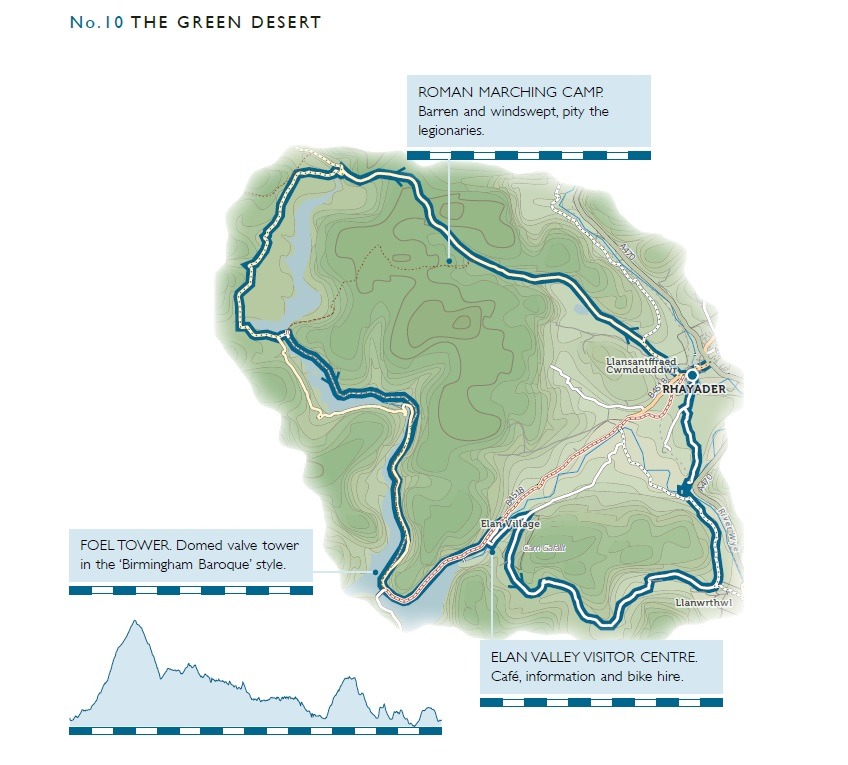 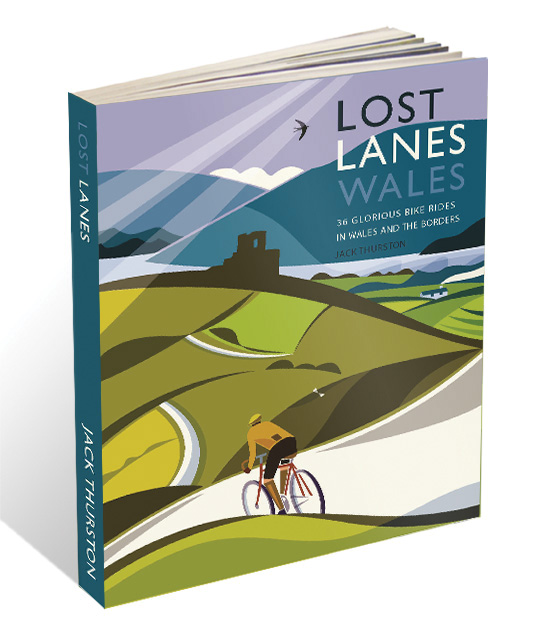 Lost Lanes Wales: 36 Glorious Bike Rides in Wales and the English Borders by Jack Thurston (£14.99, Wild Things Publishing) is available from all good bookshops. For 30% off and free P+P visit wildthingspublishing.com and enter 'Travel' as your coupon code.