We head to South Wales' surprisingly spectacular Swansea Bay, where the Gower Peninsula and a seaside city location mean surfing and coastal walking for active families.

With the cool, smooth concrete of the Rhossili Beacon Trig point at my back the whole three-mile sweep of this westerly facing bay stretches out in front of me like a wide embrace into the Atlantic. Reaching from dune-backed Burry Holmes at its far right-hand end, to the sea-serpent-like Worm's Head headland on my left, it's no surprise to discover Rhossili Bay has made the top four of Britain's Best Beaches for four years running.

At 193m and sitting high above the southern end of the beach, the Beacon is actually the Gower peninsula's highest point; where the backbone that runs the length of this beautiful piece of natural coastal geography on Wales' southern coast pokes out above the Atlantic surf.

A short climb away up the Gower Coastal Path it's also perfectly placed to walk off the roast dinner we've just indulged in at the Worm's Head Hotel in the little village of Rhossili. Another classic walk from here is out onto the mile-long Worm's Head itself, with the huge stone arch of Devil's Bridge to cross and noisy colonies of sea birds. Having to clamber over a causeway that's only passable at low tide to get to the headland adds to the excitement too - but it also means that with high tide we're out of luck. 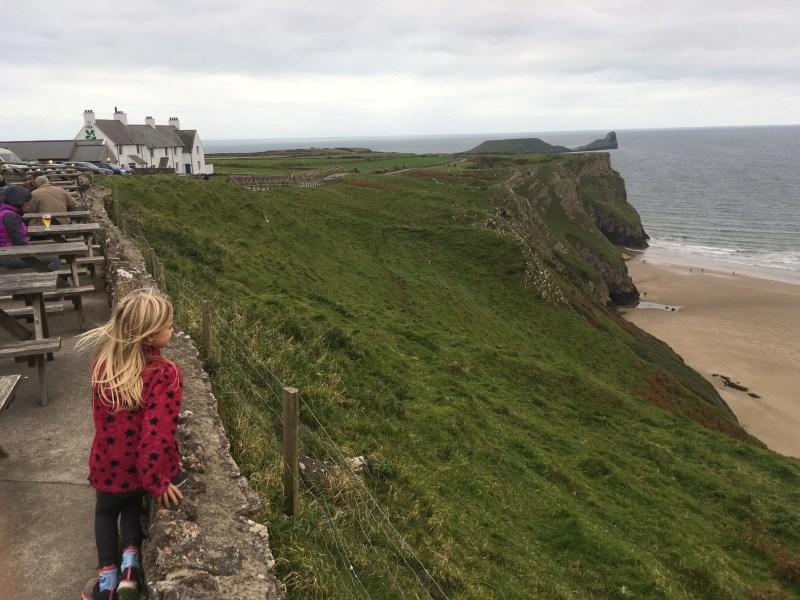 Instead, with the compulsory trig-top poses in the bag, we walk north along the top of Rhossili Down, far above the beach as paragliders swoop across the slopes below us. After a steep descent to Hillend campsite we wade through the dunes and walk back down the stunning beach, with the many steps up the hundred metre-high cliffs from the beach to the hotel an invigorating sting in the tail.

Half an hour later we're back at base in Swansea, a coastal city that definitely feels like it's enjoying a self-styled renaissance. With a seven and an eight-year-old in tow we steer well clear of Wind street's infamously raucous weekend nightlife, instead heading for festive fun at the Oystermouth Castle, where family events are put on all year round in the ruins overlooking Swansea Bay.

Day two of our South Wales adventure is all about waves, and trying to catch them. First up, after we've managed to tear the kids away from the hot chocolates and pastries of a hotel, we head to the hidden gem of Caswell Bay, just around the coastal corner from Mumbles.

As always seems to be the case with surfing, we have to invest in an early start and cold car park change into stubborn wetsuits but what a reward! With the tide out, the small bay has become a wide, shallow expanse of beach, with a brilliant sky reflecting in the broad streams fanning out down to perfectly formed, waist-high surf.

"We've timed this perfectly," confirms our surfing mentor for the morning, Brett from local operators Gower Surfing. "The tides on the push now but in a couple of hours it will be flat again as the tide moves up the beach."

By the end of the session we've all enjoyed the small triumph of catching waves and riding them to the beach with Brett's enthusiasm and expertise. As we pad back up the beach in our water-filled booties we're all bright-eyed and buzzing; the cold, salt water like a deep-cleaning detox for the soul. 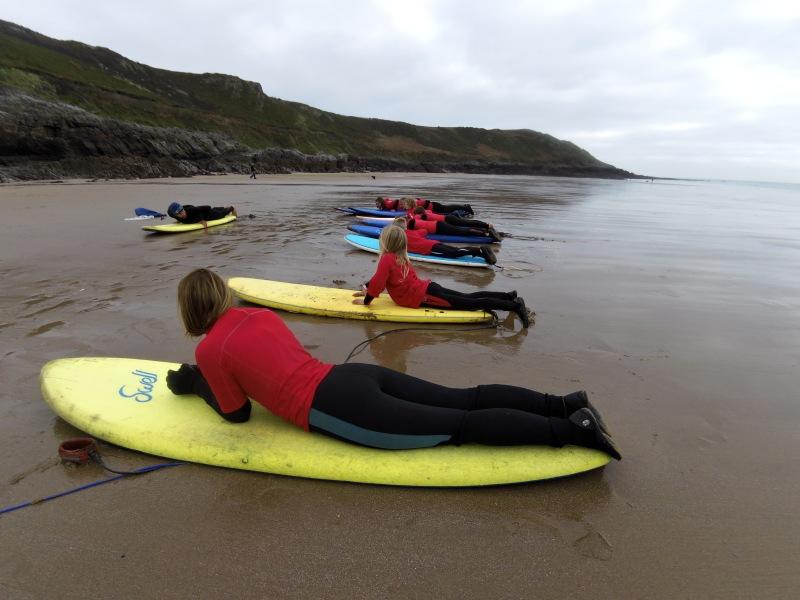 Cold seawater does wonders for the appetite and we've got one thing on our minds: pancakes. Plus bacon, waffles, ice cream, coffee and hot chocolate, of course. The family run Italian ice cream parlour Verdi's in Mumbles is busy even before lunch, but it doesn't disappoint.

There are over 20 distinct beaches in Swansea and the Gower, including the huge shallow bay and beach that the city sits behind itself, with Mumbles on one end and the city centre and harbour on the other. It's no surprise that the city is a Mecca for water sports but with a bike path running around the rim of the bay and dozens of green spaces and parks, it's ideal for getting around by bike too.

We've got action sport and wave catching to do too, only indoors this time, at the LC leisure centre on the edge of the city's regenerated city-centre harbour. With time to kill we stroll the marinas, choosing our fantasy boats and yachts, before spending an fascinating hour in the brilliant National Waterfront Museum. 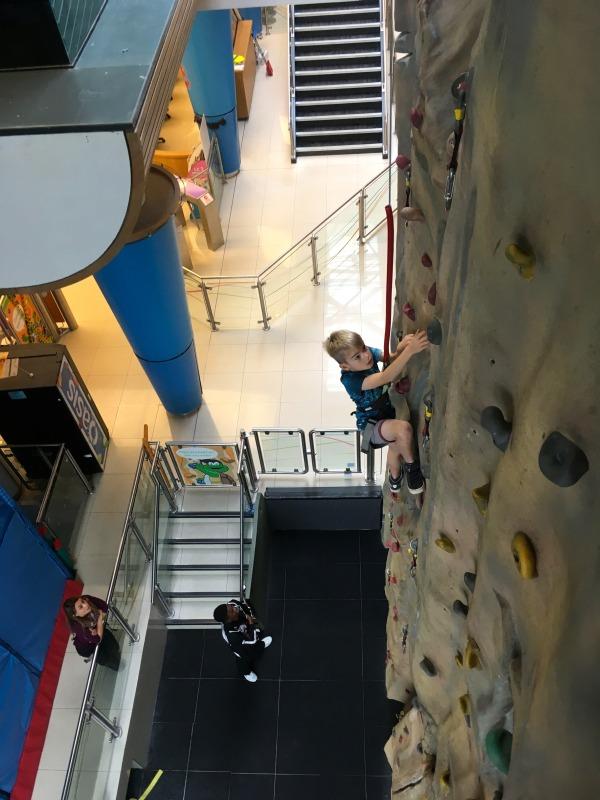 To be honest, leisure centres aren't normally our 'thing' but there are two activities at Swansea's LC exciting enough to entice us back any day. First was a 30 foot climbing wall with over 20 different routes on which my children could race me on. The second is Wales' first 'static' indoor wave - the Boardrider.

Just ten intensive minutes learning how to move around on this endless wave - without getting spat out the back the instant I falter - is enough to convince me that we should all have tried the Boardrider first, and the real - really cold, really unpredictable - natural wave second. It's great fun, a great learning resource and an excellent way to round off our Swansea Bay's active family experience.

Where to eat & drink

Dine at the top of Wales’ tallest building, with 360 degree views over Swansea and its bay at the Grape and Olive restaurant. Tel: 01792 462617, sabrain.com

For posh grown-up grub in the regenerated harbour area, head to Café TwoCann in one of Swansea harbour’s original dock buildings. Tel: 01792 458000, cafetwocann.com