Isle of Wight Walks - 6 of the Best

The Isle of Wight offers some of the best coastal walks in the UK. In 2014, a campaign by The Ramblers saw the bulk of the coastline opened up to walkers. Divided into six sections, the Isle of Wight Coastal Path offers surprisingly varied terrain, with a wide variety of attractions along the way.

The Isle of Wight has always boasted beautiful sandy beaches, and craggy cliffs, but it was the Victorians - the first generation of Brits with the means to travel en masse for pleasure - who turned it into a holiday destination. The Queen herself was known to love visiting, and it can't have hurt that one of the foremost Victorian celebrities, Lord Tennyson, lived here, and claimed that the Isle of Wight's scenery inspired his poems.

In an era when tuberculosis was common, and sea air was reckoned to be an important part of any cure, sanatoria also flourished along the coast of the Isle of Wight, and the seaside walks - popular with invalids and pleasure-seekers alike - quickly became one of its major attractions.

It's no surprise then, that the Isle of Wight council has organised a walking festival here every year since 1999, and following the successful Ramblers campaign in 2014, walking on the Isle of Wight has become more accessible than ever.

Taking in the multicoloured cliffs of Alum Bay, the jagged chalk spires of the Needles, the sweep of Freshwater Bay in the South West, and the ruins of Quarr Abbey in the North East, here are six of the best coastal walks on the Isle of Wight. 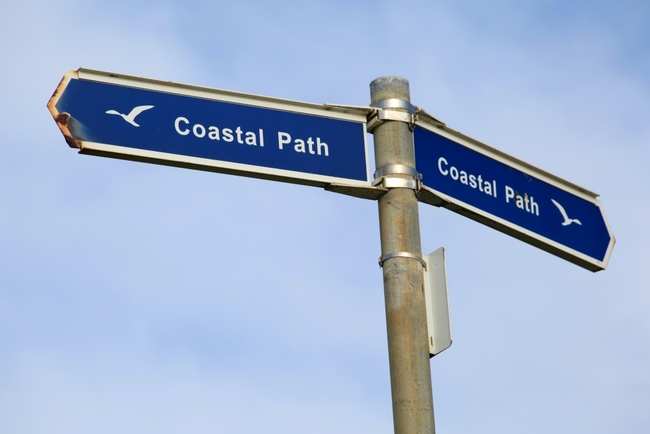 A lengthy walk that can be tackled in sections, or all at once if you're feeling particularly ambitious. This is usually referred to as part of the coastal path, but the it actually takes a long detour inland around the Newtown River estuary, passing through various villages and woodlands. If you're heading out in springtime, it's worth making sure you pack a decent pair of walking boots, as the woodland trails in particular can get quite wet.

There are, however, also lengthy sections of the walk which run along cliff top paths, offering excellent views of the Solent and the English mainland beyond. You'll want to set aside a full day if you're planning on doing the whole distance, and you'll also need to look up bus times or leave a car at the far end to ensure you can make it back, as this is a point-to-point route rather than a circular walk.

Starting at the High Street in Cowes, take the trail out of town past the Royal Yacht Squadron, Egypt Point and west along the cliff towards Gunnard Bridge. The walk then runs along the coast until Thorness beach, where it turns inland. You'll pass through the pretty village of Porchfield, and dip into Newton itself before heading back out to the sea near Hamstead Ledge. The last section of the walk then snakes back through fields before a final stretch along the coast and into Yarmouth. 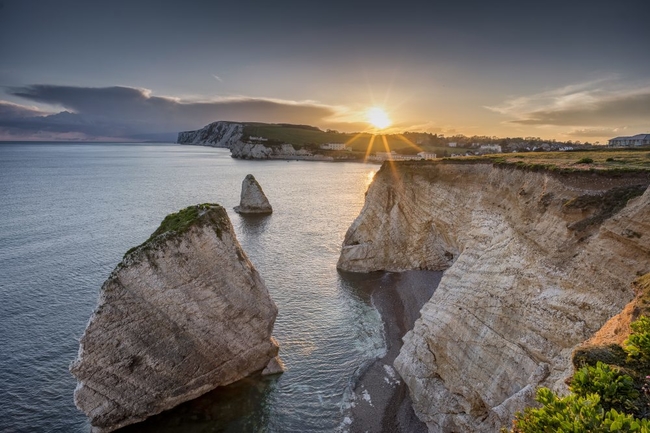 A long walk that starts close to the Yarmouth ferry terminal, this is one of the Isle of Wight's walking highlights, taking in some of the most dramatic coastal scenery including the Needles – the famous pinnacles of chalk that stand like sentinels off the western end of the island.

Alum Bay, where the mineral was mined from the late 1500s onwards, is also worth a stop - the colourful cliffs make it an Instagrammer's dream. As you get towards the Needles viewing, the path passes by the New Battery and High Down test site. Once a top secret rocket testing facility, this is where the UK developed its short-lived independent space program in the 1950s and 60s. A small museum and display provides a fascinating glimpse back in time to the early days of the Cold War.

On the south side of the island, you'll walk around Freshwater Bay and past the dramatic monument to Alfred, Lord Tennyson. The Victorian Poet Laureate most famous for The Charge of the Light Brigade, lived on the Isle of Wight for 39 of his most productive years. He used to claim that views like the one from this spot across to Compton Bay inspired some of his greatest work. 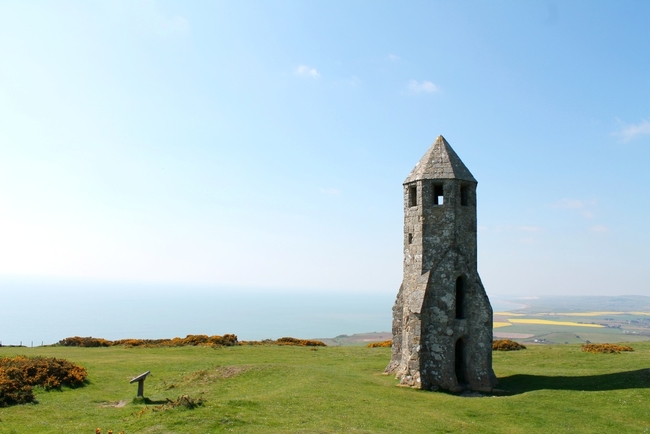 Running along the south coast of the island, this coastal walk takes in "the Chines", a series of dramatic gullies or gorges that are a distinctive feature of this part of the Isle of Wight. A four hour, 13km trail, this is suitable for families with older children, and if the weather's clear offers amazing views from the clifftop path, out over the English Channel.

Starting next to Grange Chine, and winding eastwards along the coast, this walk takes in the spectacular Whale Chine, and runs long the top of Atherfield Beach, one of the most beautiful beaches anywhere in the UK, and one of the most secluded on the Isle of Wight. If you're looking to take a hike to the beach on a hot summer's day, but somehow avoid the crowds, this is one of the best walks going.

Other highlights along the route include two ruins known as "The Salt Cellar" and "The Pepper Pot" - the remains of lighthouses, they date from 1785 (the Salt Cellar) and, even more impressively, 1320 (the Pepper Pot). Back then, a lighthouse keeper would have needed to keep a fire burning to guide ships in. 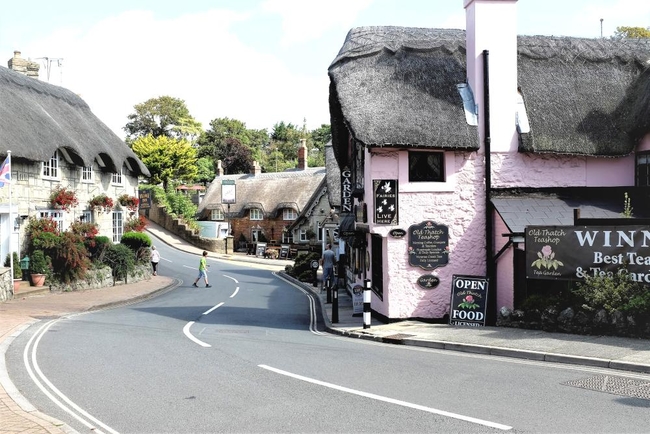 The South East Coast of the Isle of Wight was particularly popular during the isle's high-Victorian pomp. This relatively straightforward coastal walk takes in Ventnor, which grew from a tiny village into a fashionable spa resort in the 1840s thanks to its balmy microclimate. The walk also runs along the Victorian promenades next to the sandy beaches at Shanklin and Sandown.

Start from Barrack Shute street in Niton, and walk along the cliff top coastal path towards the clearly visible BT transmitting station. From there, the trail drops down to the coast proper and runs along a stretch that's been used by smugglers for centuries, and continues to be to this day. Along here, you'll walk past Orchard Bay House, site of one of the UK's largest ever drugs busts in 2002, when 55-year-old Michael Tyrell and his accomplices tried to land a yacht full of cocaine on the coast.

Other, more wholesome, points of interest include the chapel at Bonchurch, which dates to the 11th Century, and the Ventnor Botanical Garden, founded by the renowned horticulturalist Sir Harold Hiller in 1970 on the site for a Victorian sanatorium. 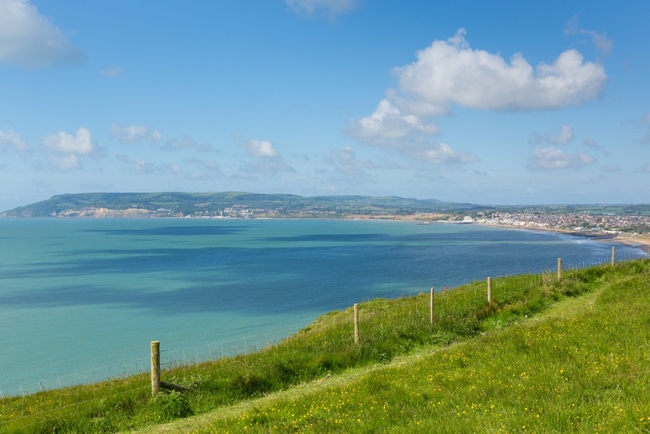 Sandown, a popular holiday destination during the reign of Queen Victoria, boasts a fine promenade along its beach. This makes a great starting point for a four-hour walk that takes you around the Eastern edge of the Isle of Wight. Along the way, you'll pass through St Helens, site of a recently-established RSPB reserve that's home to one of the largest - not to mention most vocal - bird populations anywhere on the island.

Walk along the coastal path to Yaverland, site of the Isle of Wight Zoo. From here you continue eastwards towards the monument to the Earl of Yarborough, an imposing obelisk in memory of Charles Pelham, the first Commodore of the Royal Yacht Squadron at Cowes. From there, the walk runs around Whitecliff Bay, through Bembridge and around the headland past the lifeboat station.

Once you pass through St Helens, take the path north to Seaview and out to Nettlestone, a village on the point which dates back to 1086, just two decades after the arrival of William the Conqueror at Hastings. The final stretch into Ryde takes you through the Appley Park woodlands and past the Appley Park tower - a crenellated folly dating back to 1875. 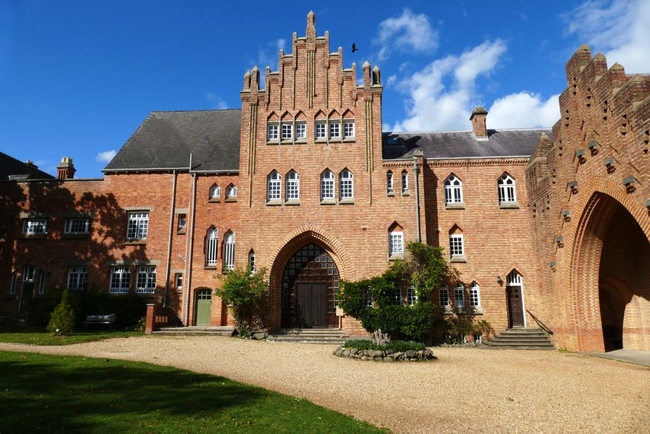 The largest town on the Isle of Wight, Ryde is often referred to as "the gateway to the island", and boasts boutique shops and excellent restaurants as well as sandy beaches most of the way along the seafront. It's a great place to base yourself, but it's also the jumping off point for an interesting section of the Isle of Wight "coastal" path that actually takes you away from the coast itself, to take in a ruined abbey, a former royal residence and a modern day vineyard.

The walk starts from the base of the historic pier in Ryde and winds its way westwards out of town and over a golf course. You'll soon find yourself in the ruins of the old Quarr Abbey, which was originally founded in 1132, but demolished with the dissolution of the monasteries in 1536.

In an unusual reversal, the monastery was re-founded near the same site in the first decade of the 20th Century, by a group of Benedictine monks from France. The modern buildings, completed in 1912, are now Grade I listed, and considered important examples of 20th Century Religious architecture.

Once you've admired the work of monks old and new, head westwards to the town of Wooton, through Brocks Copse and on towards Cowes. On your way into town, make sure you have a look at Osbourne House - built as a summer residence for Queen Victoria, it was designed by her husband, Prince Albert himself.

It was here that the Queen Empress spent her last few days in January 1901, after having spent Christmas at Osbourne house - as she had almost every year since her beloved Albert died.