Walking in the Cotswolds sometimes feels like stepping back in time. Rolling green hills, neatly-trimmed hedgerows, winding paths, leading to country pubs built from distinctive, yellow Cotswold stone and crowned by thatched roofs. Much of this landscape looks as if it's remained unchanged for 100 years, and with good reason.

The Cotswolds have been designated an Area of Outstanding Natural Beauty (AONB) since 1966, granting them a protected status that's only one down from a National Park. This means any modernisation is subject to strict rules and planning provisions, and helps preserve the traditional character of villages like Stow on the Wold, Chipping Campden, Burford, and Bourton on the Water.

The Cotswold walks linking these evocatively-named towns include some of the prettiest hiking routes anywhere in the UK, so it's no surprise that walking is consistently rated as one of the best things to do in the Cotswolds. To make the most of walking in the Cotswolds, you'll want a good pair of lightweight walking boots, and a decent waterproof jacket - just because the landscape conjures up images of the English pastoral idyll, doesn't mean the Cotswolds weather will always play ball!

Here are six of the best walks in the Cotswolds, from easy, meandering circular walks to serious long distance hikes, like the Cotswold Way. 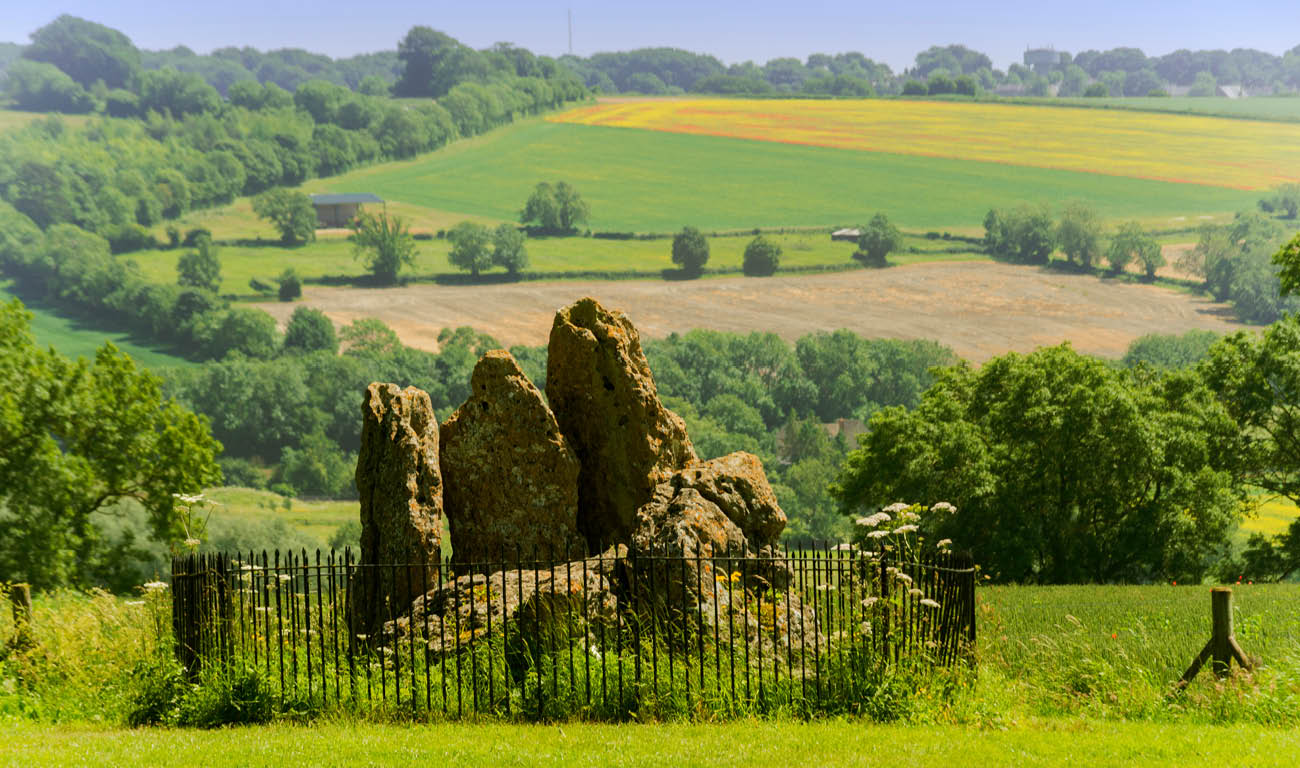 A visit to the ancient stone circle just outside the picturesque village of Little Rollright should feature on everyone's list of things to do in the Cotswolds. Our favourite approach starts in the town of Chipping Norton, dipping down into a valley before you climb up the hill crowned by the stones.

The stones are divided into three groups, the King's Men Circle, the Whispering Knights (once the entrance to a neolithic burial chamber) and a solitary King's Stone. The formations date back to at least 2,500BC, although we prefer the local legend, which has it that the stones were once an actual king and his army, turned into stone by a witch. Apparently, if anyone cuts down the elder tree in the hedge nearby, the spell will break and they'll return to life.

From the stones, you can cut straight back towards Chipping Norton, or walk a further 3km on to Great Rollright before turning back to complete the circular walk.

For more info on the exact route and start / end point, check out our full guide to the Rollright Stones walk in the Cotswolds. 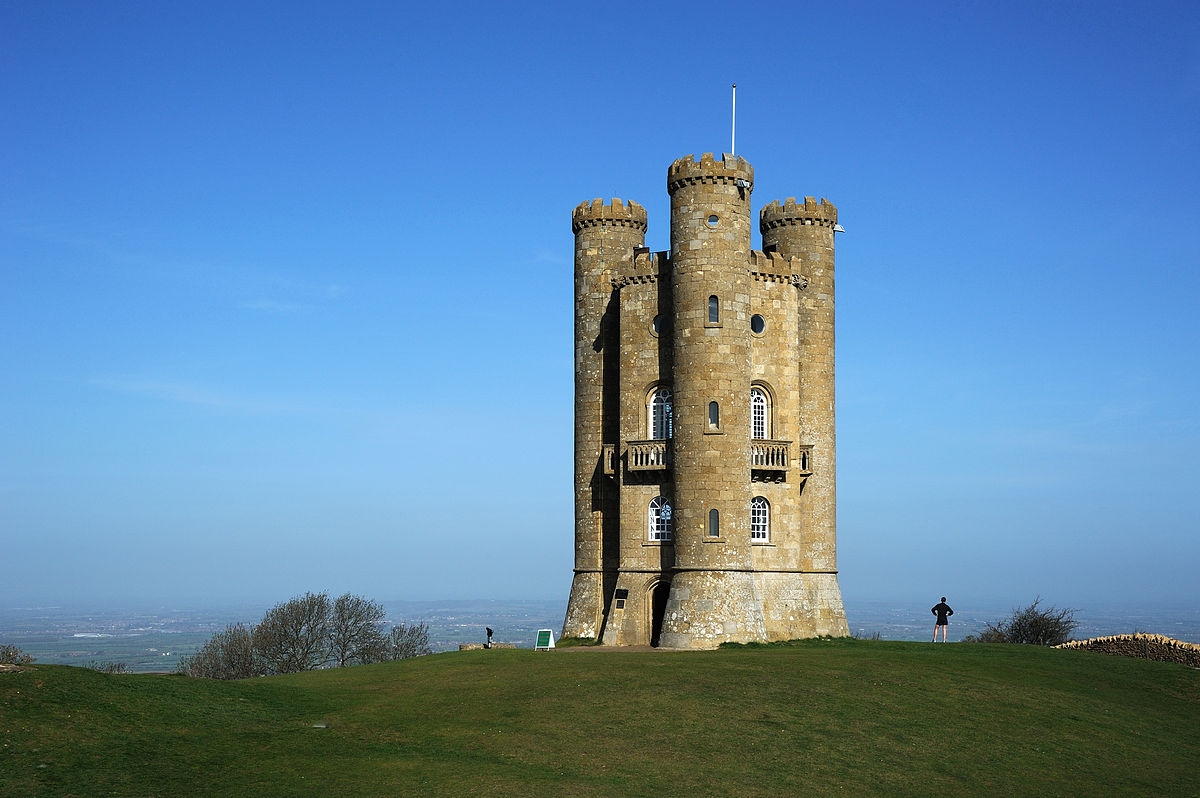 A classic, circular walk which starts in the postcard pretty village of Chipping Campden, this route takes you South West towards Broadway Tower before looping back along bridleways and quiet country lanes.

The tower, a hilltop folly dreamt up by legendary 18th Century garden designer Capability Brown for his client, Lady Coventry, later played host to such luminaries as William Morris and the pre-Raphaelite artist Dante Gabriel Rossetti, before being used as the site of a Cold War bunker designed to monitor the nuclear fallout should the Soviet Union ever decide to attack.

This is one of the best dog walks in the Cotswolds, as long as your pooch is happy to be kept on a lead, as there are deer living in the parkland around Broadway Tower.

For more info on the exact route and start / end point, check out our full guide to the Chipping Campden to Broadway Tower walk in the Cotswolds. 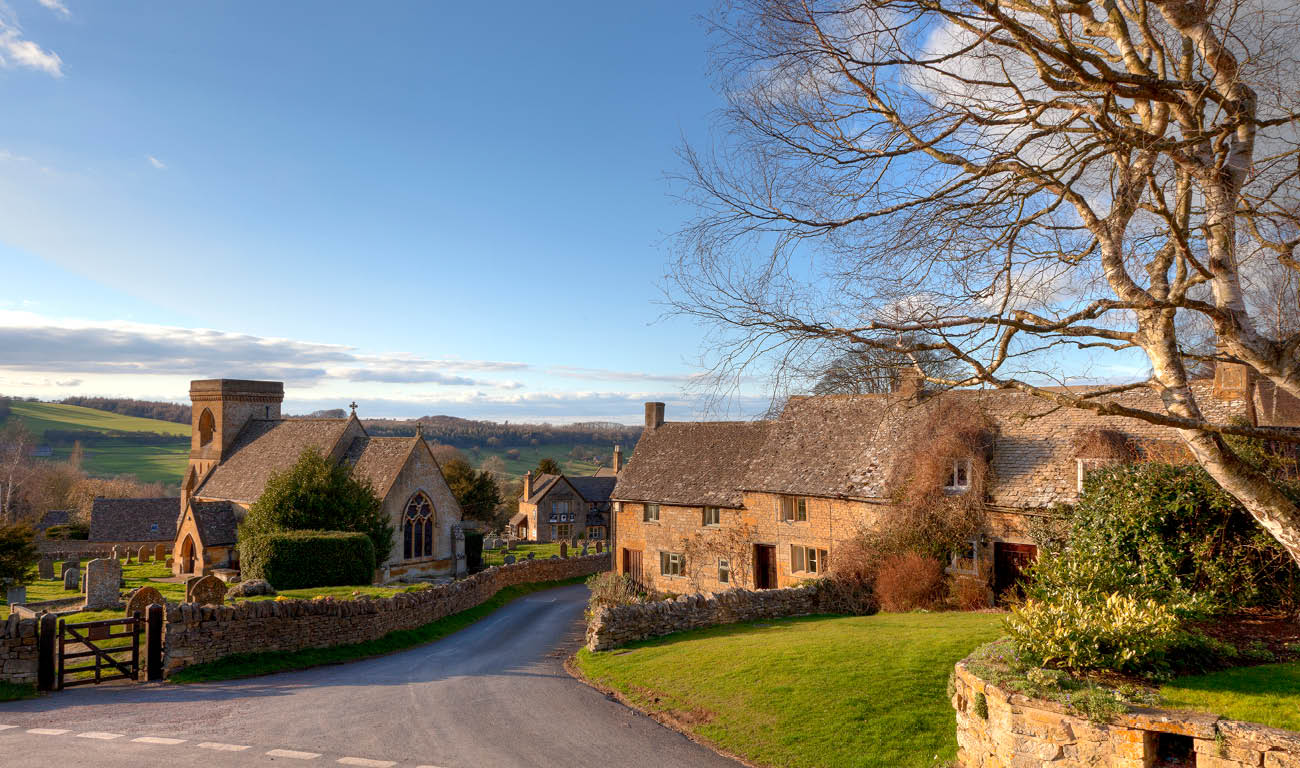 A lovely loop which links not only two gorgeous honey-coloured Cotswold villages, but perhaps more importantly, two of the best pubs in the Cotswolds, both of which serve gorgeous, honey-coloured pints (if you've not tried Donnington Gold, have you actually visited the Cotswolds?)

Follow the Cotswold Way out of Stanton until you reach Littlewood North. Here the long distance trail breaks off to continue northwards, but you turn East towards Snowshill. Treat yourself to a refreshing mid-point drink at the Snowshill Arms before heading up north to Manor Farm, where you rejoin the Cotswold Way walking the other way down it before turning off for the shortcut to Stanton.

Assuming you've worked up a thirst, you can reward yourself with a celebratory beer at the excellent Manor Inn. Two fine establishments in the space of one afternoon - what more could you want from a Cotswold pub walk?

For more info on the exact route and start / end point, check out our full guide to the Stanton to Snowshill walk in the Cotswolds. 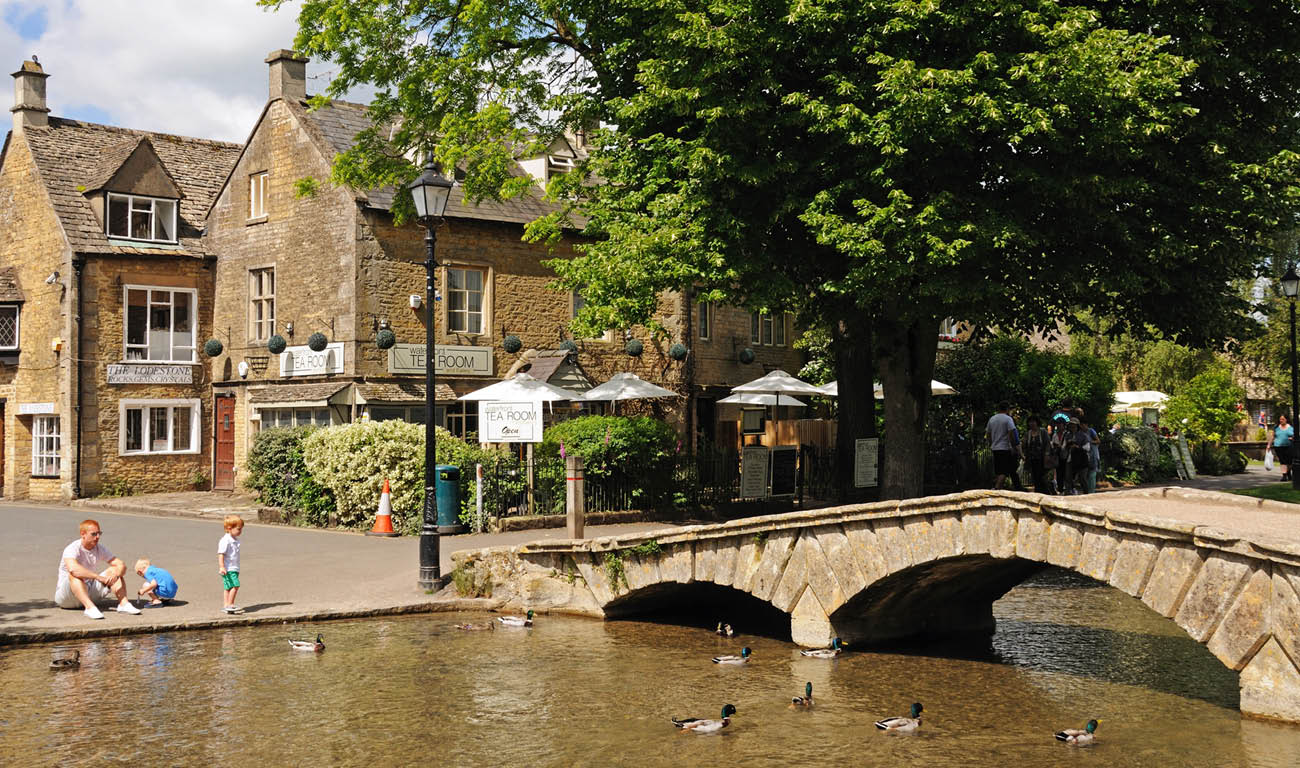 Stow on the Wold to Bourton on the Water Walk

The shortest Cotswold walk on this list, this one ramble is perfect for those who prefer to walk at a more sedate pace. It covers some of the same ground as the multi-day Diamond Way Walk (see below) but won't leave you sweating in quite the same way.

Starting from Stow on the Wold, you head south towards the village of Lower Slaughter - a remarkably peaceful former mill town, despite its brutal name.

From here, the path turns southeast, crossing the road at Bourton Chase before you get to the River Windrush and Bourton on the Water proper. There's a circular version of this walk which then winds its way back towards Stow via a slightly more circuitous, 10km route.

Alternatively, you can just grab a table at the Mousetrap or the Old Manse Inn, and wait for the 801 bus, which will whisk you back up the road in under 20 minutes, making this definitely one of the more relaxing walks in the Cotswolds.

For more info on the exact route and start / end point, check out our full guide to the Stow on the Wold to Bourton on the Water walk in the Cotswolds. 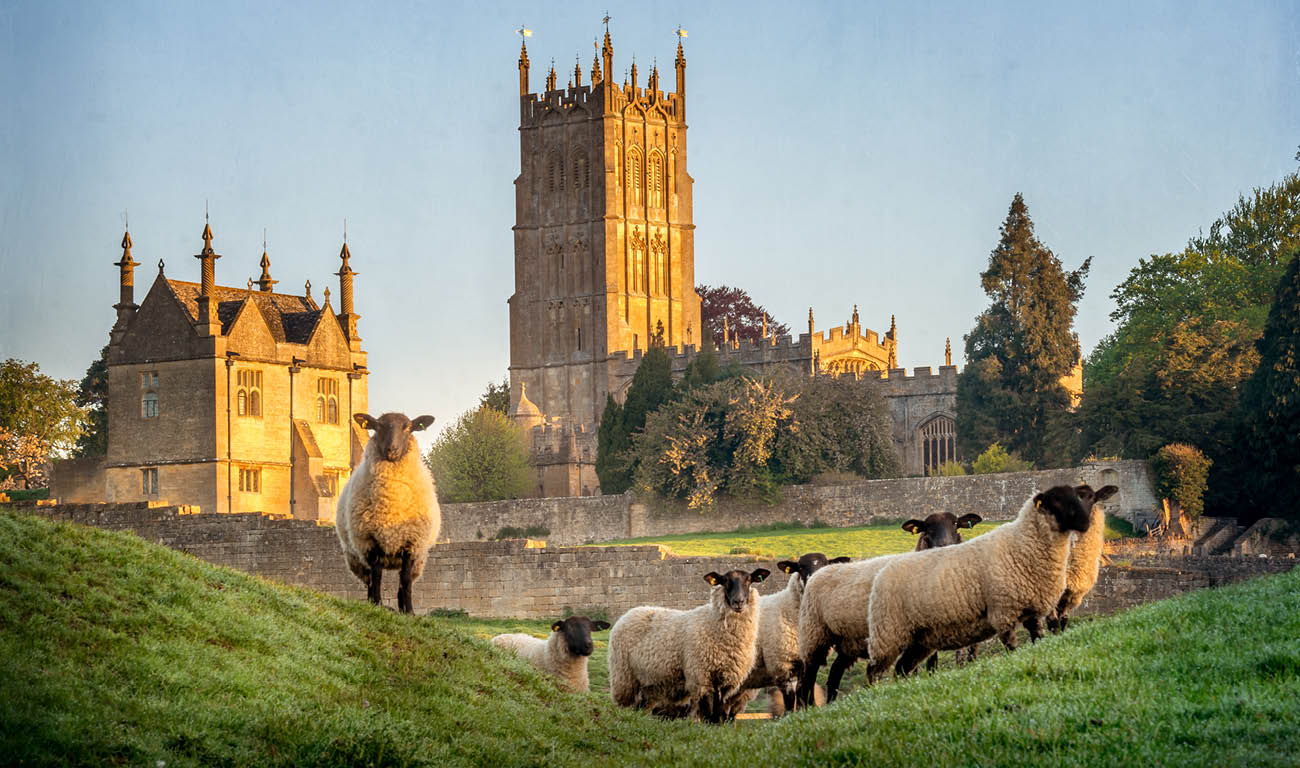 Named both for its rhomboid shape and the fact that it was created to celebrate the 60th anniversary of the North Cotswold Ramblers' Group, the Diamond Walk is a serious challenge. You can join anywhere along the route, and of course, you could choose to tackle just a section, but most people taking on the whole thing choose to start and finish in Moreton in Marsh. From here the trail takes you north beyond Chipping Campden, before looping back around via Blockley, Guiting Wood and Naunton.

Northleach is the southernmost point, from where you turn around and head back to Moreton in Marsh via Bourton on the Water.

There are plenty of pubs and inns to break up the circuit, and working out your own route yourself is perfectly possible, but there are also companies like Cotswold Walks who can arrange guided walking holidays with your bags ferried from place to place if you'd prefer. You'll want to leave three or four days if you're doing the whole thing.

For more info on the exact route and start / end point, check out our full guide to the Diamond Way walk in the Cotswolds. 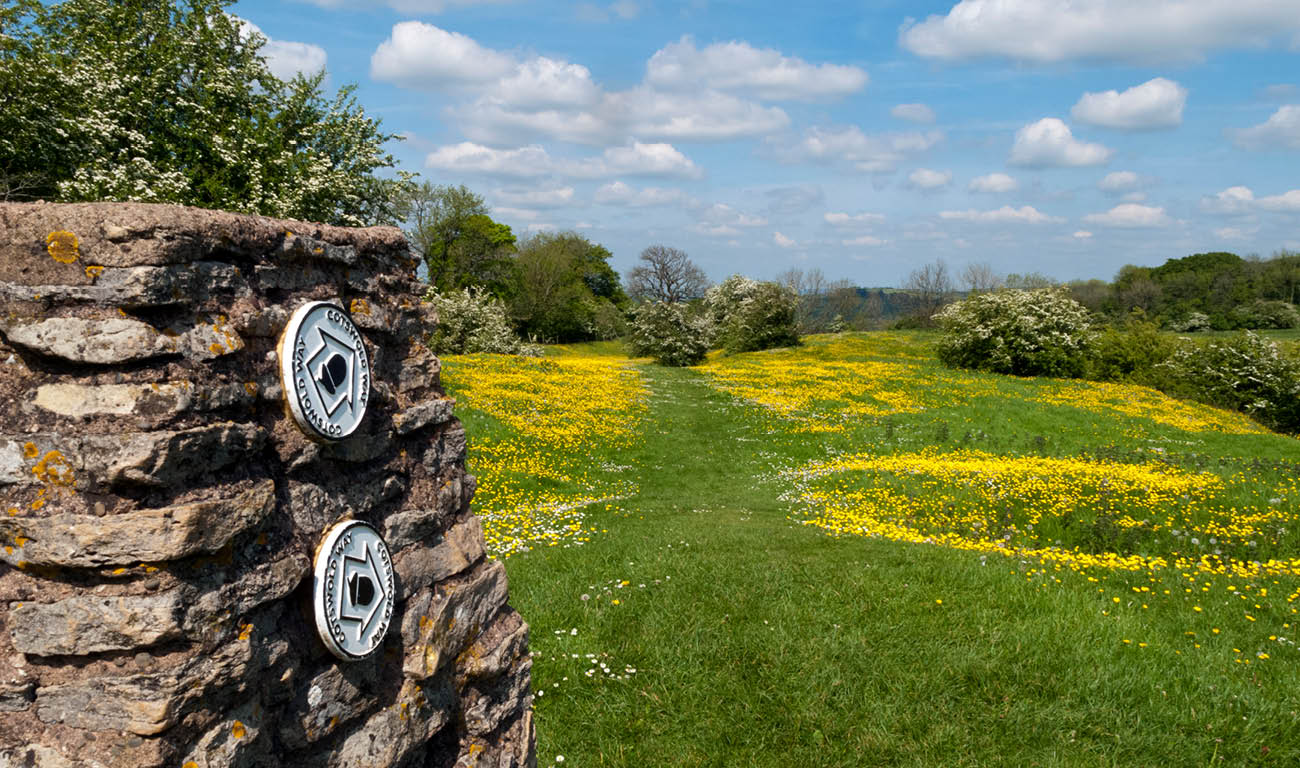 Running almost the entire length of the Area of Outstanding National Beauty, this 164km National Trail is the longest and most challenging of the classic walks in the Cotswolds. Tackling the whole thing in one go will take around a week, or possibly more, depending on how many pub / tea-room / quaint little church stops you make en route. You can, of course break it down into sections too, and several of the other walks in the Cotswolds that we've picked for this list include bits of the Cotswold Way.

You can walk the Cotswold Way from north to south or vice-versa, but the usual route begins in Chipping Campden in the north and finishes in Bath. Along the way, you can pack in most of the sights and sites the Cotswolds are famous for, including Sudeley Castle, the town of Winchcombe, and the Neolithic long barrow of Belas Knap.

At various points you'll be treated to stunning views over the western side of the Cotswolds Edge escarpment, Look to your right on the climb up from Wood Stanway and on a clear day you can see right across the Vale of Evesham across the surrounding countryside to the to the Malvern Hills.

There are Iron age hillforts (Beckbury Camp) ruined abbeys (Hailes) Butterfly Reserves (Bill Smylie’s) and multiple National Trust properties and stately homes. In fact, as walks in the Cotswolds go, this is pretty much a greatest hits compilation taking in Cleeve Hill, the highest point in the entire range, and a whole host of other tops.

The walking in the Cotswolds is pretty much limitless. Such is the natural beauty of this stretch of English countryside, that there are at least six more classic Cotswolds walks that could easily have made this list. If you're looking for a place to start though, it's hard to go wrong with the National Trail, which is not just one of the best walks in the Cotswolds, but one of the best walks anywhere in the UK.

For more info on the exact route and start / end point, check out our full guide to the Cotswold Way walk in the Cotswolds.